Nope thats not it, it was a straight gunshooting game with a cursor you aim with the mouse. I will look around.

Hey recap do you remember the name of the doujin gunshooting game released a year or 2 ago? I'm sure you linked it here but I looked through and there were no screenshots.

I recall that all the enemies were female, but it had great pixel art and a similar aesthetic style to Steel Gunner.

I don't have one, as there isn't anything I would want the damn thing for, but Sadame is the best looking Japanese game since Dragons Crown as far as 2d action goes. The only thing left to wonder is whether the stages are linear or big long mazes. The footage seems to suggest the former, with some cool variations thrown in (like what appears to be an autoscroller on the boat)

From the screens and footage so far you can already notice more than about a dozen awesome looking bosses too. I really don't understand how this is such a cheap DL games (Although with the DLC I guess it adds up to 2300Y...) And I'm guessing the 3 DLC's are where the bulk of the stages are.

800 yen!? Swords & Darkness was 900 yen and consisted of about 3 unique sprites. Sadame is entirely full price quality with its amount of art, and the game looks fun too and is 'stage based' which is a relief.

Do I really have to buy a Japanese 3ds just to play this game...

But the fact its a download title, and that the trailer just shows like 3 sprites is something to worry about... hopefully it doesn't turn out to be too much of a cheap and quick production.

Figured this should get its own thread. This is one the most promising action platformers to come out in a long time.

Look and feel of an Arcade game from 1985-1987
6 challenging levels, with secrets
14 bosses and more than 40 enemies
50 minutes of gameplay
4 different endings based on merits
Backgrounds, characters and creatures based in medieval myths from Spain and the rest of Europe

Looks to have quite a lot of volume for this type of arcade style game, which is a good thing considering how high quality it all looks so far. Also the new screenshots show that there are some superb looking scenes the author has designed, so the game should be quite exciting to play through: *also posted this thread over at gamengai

The guy behind this game is pretty nuts which you can probably tell just from listening to him in that video. Back when people still cared about this game he was infamous for various comments he made. Over a decade ago now he moved from the US to Australia and has been working on Grimoire since, he actually lives quite close to me.

I've barely played these kinds of Wizardry style RPG's before, but I might try play through this one simply for curiosities sake and my long history checking the status of the game. Visually the game is a bit all over the place, but the monster sprites, most of which were created back in the 90's, actually look really cool.

Cant see it reaching close to the 250 grand he's asking for in the indigogo campaign unless it somehow catches on virally through something awful forums or something. Most of the people who know about the game from the past likely wouldn't want to donate at all considering Cleve Blakemore's bad reputation.

"Normal sci-fi theme" is kind of an oxymoron, but anyway, I'm sure they're still "sci-fi" bikinis and stupid "sci-fi" clothing. How's less ridiculous a flying child dressed like a victorian prostitute?

Because it suits the setting more than the shit in saidaioujo.

I don't know, man. Victorian lingerie for a victorian-styled (at times) setting; futuristic bikinis for a futuristic setting. ...?

Couldn't it simply be that Death Smiles' art (all of it) is better than Saidaioujou's?

No, Saidaioujo is just more retarded.

"Normal sci-fi theme" is kind of an oxymoron, but anyway, I'm sure they're still "sci-fi" bikinis and stupid "sci-fi" clothing. How's less ridiculous a flying child dressed like a victorian prostitute?

Because it suits the setting more than the shit in saidaioujo.

You "didn't care about [Daioujou's lolita-like dolls]" because "the game doesn't interest you" but you do care about Saidaioujou's dress system in spite of not being interested in the game?

You miss the point, I don't care about either game.

I think I need you to explain what you mean there.

Saidaioujo has ridiculous girls in bikini's and other stupid clothing in an otherwise normal sci fi theme.

Death Smiles has a cohesive theme at least, despite having more emphasis on the sexual undertones unlike something like Cotton.

Daioujou I dont care about at all because the game itself doesn't interest me.

Oh I've been saying that about saidaioujo since it came out, but I still cant believe it.

I don't have any major problems with the approach in Death Smiles.

At least the enemies are just there as you progress through the level. I tried playing Oboro Muramasa and the random encounters made me go insane.

Also, the lack of info on Dragons Crown has been quite worrying.

I hope this has a more linear structure than the Vanillaware stuff, and also less grinding.

Its also ridiculous that the quality of the in-game art and animation is insane, yet the 2d drawings and portraits of the characters looks mediocre. The guy obviously is just fixated on a certain style, but at least when doing side view art for the game it looks superb, especially the monsters. 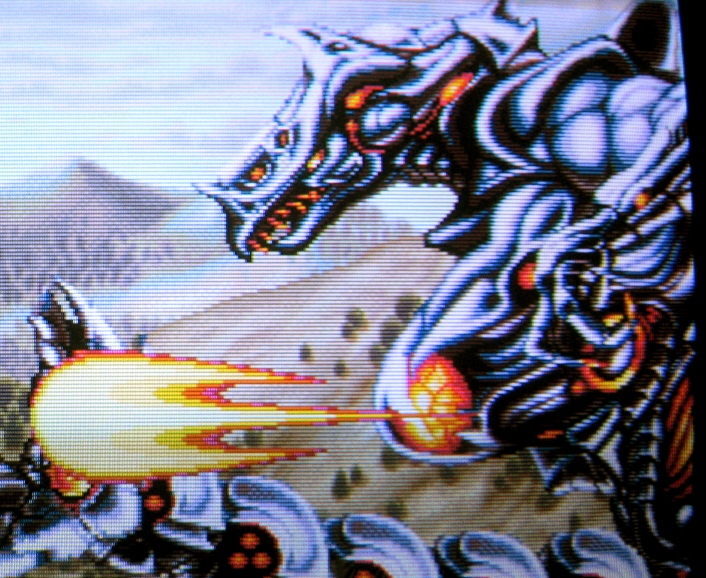 Nothing against horizontal shooting games, I just meant that I wouldn't really be highly anticipating it due to the mechanics, but the presentation still has me interested in trying it.

The Redline inspiration is in relation to the high energy atmosphere with the colorful city setting, the voice overs, and especially the music.

Oh, I also must point out that I think Heaven Variant looks awesome and has a great atmosphere. Looks like they are totally inspired by the recent animation Redline in trying to create a very colorful and 80's style theme. The actual mechanics are obviously taken from Einhander and the analogue control doesn't sound good, but whatever its not like I'm looking forward to a shooting game like this anyway, but if I do eventually check it out it would totally be just to see if they maintain this momentum with the presentation aspects.

There are plenty are superb Western indie games, its just that you guys focus on the dumbass indie hipster shit.

Dwarf Fortress is monumental and one of the most satisfying simulation/management games ever once its learned. The games by Illwinter are amongst the best war games out there (I've been following the company since the 90's) and stuff with the newer 'sandbox' style game designs inspired by Minecraft are quite good too (though I really cant stand minecraft itself). For instance, Project Zomboid is still quite rough at the moment but judging from vids of the next version its really gonna be something entertaining. The city building/dungeon keeper hybrid 'Towns' is also another game with incredible potential.

I don't think Egg has any sein games, who knows where on earth their copyright lies. Egg is mostly Bothtec, Sacom, Arsys, Falcom, and some System Soft I think.

x68 valis 2 is better than valis 4 I reckon. The stage layouts and graphics in 4 are garbage and boring. I still prefer the 88/98 versions of valis 2 over the x68k one anyway, they left out some stuff in the x68k one and the redrawn graphics were obviously done by complete amateurs that had no idea how to draw.

This is also a good reason why I think your stance on not reviewing 8-bits games is absurd:

While almost all the works in the Dragon Slayer series are brilliant, and its possibly my favorite game series ever, I cant help but be disappointed by the physical products EGG has been doing recently. They already just did the complete Sorcerian pack, and another Valis pack that STILL doesn't have any of the computer versions in it which sucks because the computer versions of Valis 2 are the best in the series. I'm certainly happy EGG continues to release stuff like this at all, but I would be unbelievably excited if they did some kind of compilation with fancy packaging for stuff from Arsys, System Sacom, or especially Sein Soft.

The best stuff I reckon they put out was the Daiva Chronicle pack and the Relics Anthology.